A tale of two calves — one calf was fed on raw milk, the other on pasteurized.

Here are the preliminary results (June 3), as reported by Michael Schmidt: 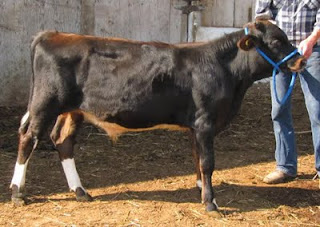 To understand the results of our raw milk experiment it is important to tolerate the so called scientific demands. That means in order to get accepted and being taken seriously by the scientific establishment you need to have 100 or 200 or 300 or may be even 1000 calves to make a scientific valid point .However the simple fact that the so called experts have not yet entered into a joint research project as proposed by me already in 1994 has given me even a greater confidence that the results we have seen with these two calves are credible and significant. They are in fact supporting the findings of Pottenger’s cat study, which as well has been ignored and ridiculed. 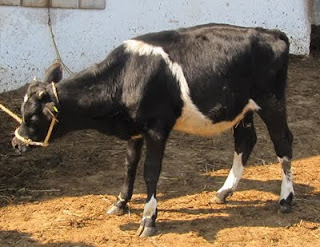 The experiment was costing us over 5000 dollars just in milk. This is a significant amount for us, since we did not get any support from corporate sponsors.

The weight of the two calves was basically equal at the beginning of the feeding trial.

They gained weight almost equally for about 8 weeks and then the pasteurized milk calf started falling back.

A significant difference during the 4 month trial was always the different smell and the consistency of the manure. The raw milk calf had mostly a well formed manure and normal smell you would expect. Contrary to that the manure of the pasteurized calf was runny and the color mostly grey or almost white during the feeding trial.

We did not treat either of these calves for any condition. We would have if there would have been a life threatening situation.

The hair on the raw milk calf was shiny and solid on the pasteurized calf dull and easily pulled out.

The alertness in the two calves was a major difference: the pasteurized calf seemed very uninterested with a clear lack of movement.

After nearly 5 months we could see that the pasteurized calf would have had difficulty to survive without medication and supplements.

Below are some of the pictures to show the obvious visual differences. 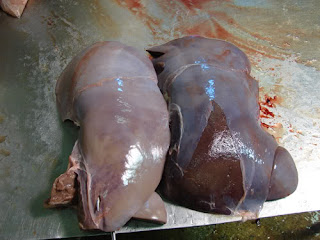 Livers: Pasteurized on the left, Raw on the right 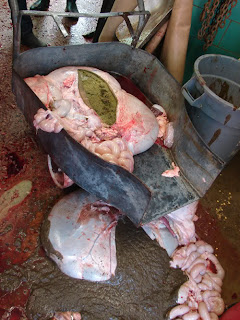 A tale of two stomachs -- in the cart raw milk stomach with solid contents, and on the floor the stomach from the calf which was fed on pasteurised milk, with very bad smelling runny contents. 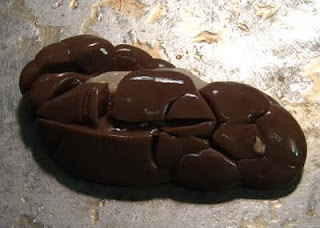 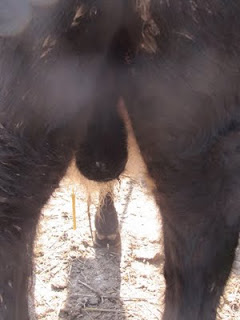 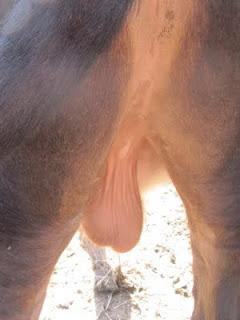