What You See Isn't Always What You Get.

I saw this posted on Facebook (HERE), and thought I'd share my 2 cents.  Since that's what you pay me to do.
Oh.  No one pays me.  Right.  LOL  Whatever, here's my opinion anyway. 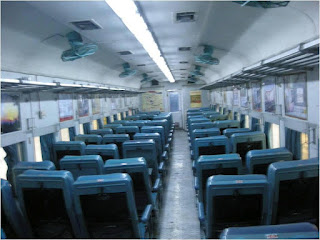 "MUST READ :) A 24 year old boy seeing out from the train's window shouted... "Dad, look the trees are going behind!" Dad smiled and a young couple sitting nearby, looked at the 24 year old's childish behavior with pity, suddenly he again exclaimed... "Dad, look the clouds are running with us!" The couple couldn't resist and said to the old man... "Why don't you take your son to a good doctor?" The old man smiled and said... "I did and we are just coming from the hospital, my son was blind from birth, he just got his eyes today."
MORAL..........
Every single person on the planet has a story. Don't judge people before you truly know them. The truth might surprise you."


My twins both have some sensory issues.  My daughter seems to be either growing into (as opposed to "growing out of") hers a little better than my son is.  She can manage to appear "normal" more often than my son can...but every day is a new day, and every new day presents new challenges.  Some days are easy and great.  Some just are not.

My son still has some problems figuring out how to handle his sensory issues.  His are very different than the ones his sister has to live with, and that presents some challenges in itself.  I don't even know if I can say that he's not "handling" his as well as his sister does.  I often wonder if it's because of the world we live in that his seem worse...the things that surround us on a day-to-day basis are things that can just become overwhelming for him.  And what looks like a hyper-active child acting out is nothing more than a little boy who lacks the developmental ability to control his anxiety.  He doesn't like it more than anyone else does...and he lives it.  So imagine how HE feels.

People cannot see the kids' "issues" just by looking at them.  On the outside, they appear pretty average.  To other people, sometimes I'm sure it just looks like my kids are acting up, and I'm ignoring their "bad" behavior.  But that's not the case at all.


The truth is that when one of the twins get to the point (with his behavior) that random strangers start giving their own ignorant opinions of them, the ONLY way to get them to come down a little bit is to hug them right up to my body, and talk sweetly to them.  Getting upset, (or irritated, or frustrated, or angry) just raises their (anxiety?) level even more.  They need calm to BECOME calm.  And when random jerks who are old enough to know better hurt their feelings, it makes things worse.


My son seems to take the brunt of the ignorant comments, though.  He is a very sweet and very sensitive child.  Always has been.  And he takes things to heart, even when he really shouldn't.  But he's too young to understand that their opinion of him doesn't matter.  Even if I tell him.  He still just absorbs that negativity.

The whole thing hurts my heart.  My Boy is nothing less than a blessing and miracle.  We're lucky to have him, and this world is a better place for having him in it.  And when random people make him feel like less than that, I want to punch them right in the neck!

This post is being written because of the asshole at the mall yesterday that put his hands on my son and pushed him away from their stroller.  My son ran up to it because he LOVES babies.  LOVES them.  And as soon as he got an arm's length from it, the man (there was a man and a woman with this baby stroller) reached out and pushed him away and yelled, "HEY!  HEY!!"

My son JUST turned 4.  Does he look older?  Yep.  He's tall, and solid, and people assume he's at least a year older than he is.  But the fact remains that he's just 4.  JUST four.


I understand that sometimes people panic, but seriously to raise your voice at a child and to push them...those are grounds for getting your ass whooped by Momma Bear.  The guy scared my son, and he came running back to me upset.  "That man pushed me!!" he said.  I told him I saw that, and that the man should have kept his hands to himself.  "I just wanted to look at that baby."
I know.  I know.  I told him that sometimes people don't want kids running up to their stroller, and that it wasn't nice of that man to yell at him or push him.  I told him that next time maybe he should ask if it's okay if he looks at their baby, instead of just running up to it like that.  (I hate that I have to talk to my son about this kind of thing at all.  I don't want him feeling like what he did was wrong, because 99% of people just stop and let him look.  But then there's that one dick who messes everything up, and requires me to tell my son that some people aren't going to react well to him.  It makes me so sad!)

Next time he WILL ask.  He's never had this situation happen before (where someone freaked out), so I don't wonder why he did what he did.  And the fact is that he's new here.  If he's never had anyone do that before, he didn't know that could even happen.  But I kind of expect (and rely on) adults to behave like adults, and not like bullies.  I do understand that the man was protecting his child.  But he was protecting him for no reason.  My son wasn't going to hurt that baby.  He just wanted to look.


It makes me sad that I feel like he needs to wear a shirt that says, "I'm going to act how I act.  Please have patience with me.  I'm not going to hurt anyone, I promise!"

He's a loving, amazing, sweet, caring, sensitive child.  And it sucks that to look at him, he just appears average...mostly.  But MOST people see him and don't assume that there's anything "wrong" with him.  They assume he's just "bad".  And he's SO NOT BAD.  He's lovely!!!

So for those out there who don't have a child with any kind of neurological "issue", please have patience and don't assume children are "acting up".  You can't always see what's going on...you don't always know.  And for those of us who DO have children with neurological issues...we NEED you to stand with us.  We need you to have enough patience to keep your hands off of our children.  We don't need to fix something YOU have done to make things 100x worse than they were.

Don't assume our child is bad.  Don't assume we just let them "run the show".  When we look tired, when we have more children than we have arms, and one of them is behaving in a way YOU don't care for, understand that we too wish that they were just being "normal".  Because this is our life; our every single day.  You have to "deal" with it for 30 seconds.  We live it.  So please, please, don't add to it.  Please, when you're out, assume that children have an un-seen "issue", and not that they're just "bad".  Because what's the harm in that??  Give us a smile, or a nod, or some indication that you are standing with us, not standing against us judging us as horrible parents.  Sometimes that little bit of acknowledgment is all we need to pull our socks up and keep moving.  Sometimes it's that one second you took to smile at us that kept us from just breaking down and bawling right there in the mall.


**And even if a child is "average", and has no special needs, and is "acting up" somewhere...how does it help to give that mom "the look"...the "you need to DEAL with that kid" look?


Smile, and understand there may be more to what you're seeing than it appears.  Or there might not be.  But either way...that mom doesn't need any more pressure than she has right at that moment.  Stand WITH her.  Not against her.
Posted by ChewyMomma at 12:08 PM