Getting Rid Of Milk

I live in Canada.  Our milk is anti-biotic and sex-hormone-free.  But I don't like the fact that I know that in order for a cow to make milk, it has to have a baby every year, only to have it's baby taken from it in the first week of it's life.  The facts all disturb me, so I'm trying alternative types of milk. 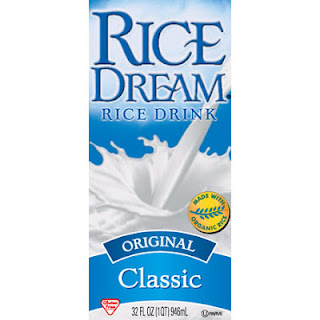 IMO, not wonderful.  It kind of tastes like watered-down milk served after sitting in a shoe.  An old shoe.  I guess if you're a 1% milk kind of person, maybe this is the kind you'd like.  I have been drinking homo milk for years now...so that's what I'm used to.


Truthfully, I'm sure it's one of those things that start out being nasty, and after a few times, you don't want anything else.  But I'm not there yet.

Okay, so my first opinion of this was that it was HORRIBLE.  I'm NOT a fan of almond flavorings, though I love almonds.  (Weird...)
But after buying such a big carton of this, I wasn't going to let my $4.99 go to waste...I kept on "trying" it.


After drinking a little everyday for about 4 days, guess what??  It's GOOD!  I think I really started feeling better about it after I tried the rice milk.  When compared to that, almond milk is thicker...more like cow's milk.  And although it DOES taste like almonds, having only tried the "vanilla" flavor, it was also very sweet.  Which my son likes.  This has been my go-to choice for my coffee. 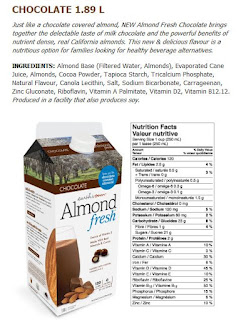 My son drank 3/4 of the container of this.  It says that it tastes like chocolate covered almonds.  Well, IMO, maybe ones from the dollar store.  LOL  It's not terrible, but not my favorite.  My son (just turned 4 a couple of days ago) is not picky about his chocolate milk.  He said that was his favorite kind yet. 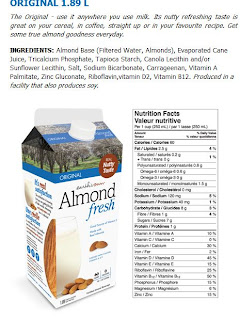 Maybe the problem here is that I'm not buying unsweetened?  This stuff is so sweet that I can barely stand it.  Like, I'm all for sweet milk.  But not THIS sweet.  Holy.  It is a good taste, other than that sweetness!!


I thought I was going to be stuck with only a couple of not-so-great options... 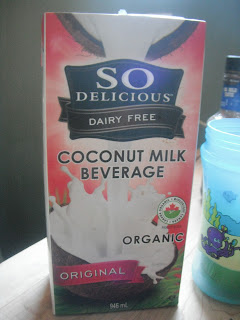 And just when I thought THAT version of it was good, I found THIS!  It's in a can, and it's lovely.  It's not sweetened, but it doesn't NEED to be.  It's excellent.

I put mine in the fridge (un-opened), and left it for a day before opening it.  Then, when the creamy stuff had separated from the watery stuff, I used the "cream" (more like "butter") on the top for my coffee.

**Now, a few weeks in, I mix it up and use it for smoothies too.  It is super tasty, and gives the smoothie that creamy texture without using dairy.** 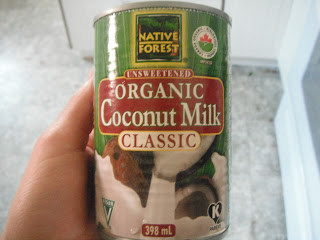 I found this organic coconut milk at the local health food store.  In the grocery store, I have found three kinds of canned coconut milk, none of which are organic.  I've tried one of them, and it's not bad.


Soy isn't my favorite thing to consume, but I love the taste of it, so when it's on sale, I buy it.  I got a 1.89L carton of it on the weekend for $1.75 on sale.  I couldn't say no.  But I'm glad I took the time to look at my other options, because there are some great ones out there.

I think this post shows that there are quite a few choices out there for people who enjoy milk but don't want to drink dairy.


My next step is removing cheese completely.  I'm working on finding one that contains no dairy that tastes GOOD.  Because I'm not someone that can eat crap and smile about it.  If it tastes like crap, I'm NOT eating it.

My next post will be about WHY I am removing dairy from my diet.  I've tried to keep too many details about it out of this post because I wanted to focus on the things I use to replace milk, and save the long story for another time.Please stay tuned for my next post, which I hope to have done by the end of the day.  (Fingers crossed!)


Until then, take care.  xoxo
Posted by ChewyMomma at 1:46 PM