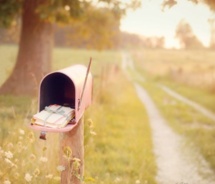 
Dear friend,
I have started to write this to you several times but I have always deleted it and pushed it aside from my thoughts because I am so torn on whether or not to speak out to you. I am torn because I don’t ever want anyone to feel like I am telling them how to raise their children or what they ‘should’ do, but on the other hand I never want another mother to live through what I have lived through or carry the guilt that I do. I know you are expecting a beautiful and healthy, precious baby boy. Along with welcoming this new human being to the world, you and your partner hold the decision of whether you will circumcise him or leave him intact (un-circumcised). I do apologize that this will be lengthy, but when it comes to a decision that will affect your child for the rest of his life taking a little time to do some research is not a lot to ask. I wish someone had told me to just do my OWN research before making a decision.
As you know, I have two boys. They are both circumcised. Is this something I regret? Yes, it is. Mason was born healthy and happy, one week early at a whopping 8lbs and 4oz. He nursed wonderfully! He took to it right out of the womb and I was so happy to see him being nourished from my body. Day two of his life came and it was time to have him cut. I didn’t really give it a second thought, my husband is circumcised and so are several other men that I know and they’ve never had an issue with it. So to me it was not that big of a deal. However, something within me rose up and I began to sob and yearn to hold my baby boy tight and kick anyone’s ass that came near him. It’s amazing how fast your protective motherly instincts kick in and also depressing at how quickly we are told to ignore them. “Don’t cry, it’s not a big deal. He will be fine” These are the reassuring words that my nurse left me with as she carried off my perfect son.

Next, the doctor set up his sterile field, applied his sterile gloves, and draped Carter’s penis. The doctor cleansed the whole area with a betadine solution and then said “okay let’s get started.” He drew up a local anesthetic into a syringe and explained where he was injecting it and how it made the whole foreskin and the head of the penis numb. When he injected the shot, Carter winced and let out a small cry but the nurse offered more sugar water and he returned to sucking on her finger. After several minutes and more injections, the doctor assured me that Carter was fully numb. In newborns, the foreskin is fused to the head of the penis. It retracts on its own as the child ages and hormones change. The fusion of the foreskin is actually a very protective mechanism in an infant; it keeps feces and bacteria from entering the urethra and causing infections during the diaper period of a baby’s life. However, this fusion of the foreskin presents quite an issue when the foreskin is cut off, so it has to be separated from the head of the penis before circumcision can be performed. So, the doctor shoved a pair of forceps between the foreskin and head of Carter’s penis and began opening them over and over, effectively ripping the foreskin off the head of the penis.

6. “It’s just a simple snip and it’s done”
- Circumcision is a surgery with real risks and complications including the possibility of death. There is nothing “simple” about it.
7. “It’s so much easier to clean”
- Like I explained earlier, the foreskin is fused to the penis at birth and separates over time. As an infant, the care of an intact penis is easy. Just wipe it off like a finger. As the boy ages and the foreskin is retractable, just pull it back, rinse and put it back. Easy enough.
8. “It looks prettier”
- Really? I don’t know how someone can use that as an excuse to do something painful to a baby. Plus, he may no think it looks “prettier” when he gets older and realizes all the benefits he has lost from being cut.
9. “His future partners won’t like it or will be grossed out”
- If my child meets someone who judges him based on how his penis looks than he/she is obviously not ‘the one’ for my child. We’re all different and it’s an important part of life to teach our kids not to insult or make fun of others for their differences. Plus, if my sons meet a woman of European descent, I doubt she will think it looks “better” since being intact is their norm.
10. “He will be glad I had it done when he was a baby”
- You don’t know that for sure. In fact, just the opposite could happen. There are numerous stories of men who have had botched or even “successful” circumcisions who grow up resentful of their parents choice. They feel like something was taken from them without their consent-which is true. Leaving your baby intact gives him the freedom to make choices about HIS body.
THESE LINKS ARE REFERENCES AND MATERIAL YOU CAN USE TO LEARN MORE ABOUT ROUTINE INFANT CIRCUMCISION.
http://www.circumcision.org/foreskin.htm
http://en.wikipedia.org/wiki/Prevalence_of_circumcision#United_States
http://www.drmomma.org/2010/02/male-circumcision-in-usa-human-rights.html
http://www.drmomma.org/2010/01/cut-vs-intact-outcome-statistics.html
Make sure this video starts at the beginning; I have to fix it almost every time I watch it:
http://www.youtube.com/watch?v=XrcMYq0ASB8&t=03m30s
http://www.youtube.com/watch?v=Ceht-3xu84I
A story of infection in a circumcision wound-
http://www.drmomma.org/2009/11/massive-infection-takes-over-body-after.html
A video of a circumcision showing the circumstraint and the procedure
http://video.google.com/videoplay?docid=-6584757516627632617#
Another mother’s tale of regret:
http://guggiedaly.blogspot.com/2011/08/if-only.html
Circumcision and its effect on breastfeeding:
http://www.nocirc.org/statements/breastfeeding.php
Complications from circumcisions-including partial amputation of the glans (head)
http://www.noharmm.org/IDcirc.htm
http://www.parkerscheer.com/lawyer-attorney-1615566.html
The ultimate risk of circumcision:
http://www.drmomma.org/2010/05/death-from-circumcision.html
CDC Rates of circumcision
http://www.cdc.gov/nchs/data/nhds/9circumcision/2007circ9_regionracetrend.pdf
Posted by ChewyMomma at 12:43 AM