My Vacation From The Internet 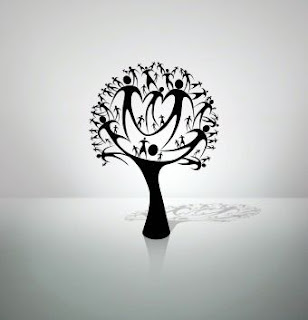 So I took over a week off the computer to move to our new house, and whatnot.  And I'm telling you, it was by FAR the best thing I've done in years.  I got to re-connect with myself...with who I am...just me, without anything to worry about other than my own family.  It was much needed, and will be something I do more of in the future.  I will also be spending even less time online now than I have been.  I have a new home, and it is FULL of boxes that need to be sorted through and un-packed.  By looking at all of them, I'm pretty sure it's going to take me a million years to finish it up.  LOL

On my time off, I got to enjoy more of my kids...un-interrupted.  I got to spend some REAL quality time with them.  I played more games of "Captain" (that's pirate-themed), and "Kitty", and "Baby Bird", than I have ever played in my life.  LOL  And it was hilarious.

I got to see the kids re-discover the outdoors.  We had a few days of some (VERY) unusually warm weather, and we were outside for at least two hours a day, everyday that it was nice.  It slowed the packing process, but I don't even care.  It was so worth it to see the joy on their faces...something only some sunshine, fresh air, and some nice garden soil can really bring out of them.  They came in filthy and exhausted, but happy as can be.  So worth it.  : )

It's now been couple weeks since we've actually been in our new house, and I've still been online no more than 15 minutes in total.  I feel bad, on one hand, for neglecting this blog...but on the other hand...not so much.  I've been loving my time with the kids, and have had my hands very full trying to unpack. 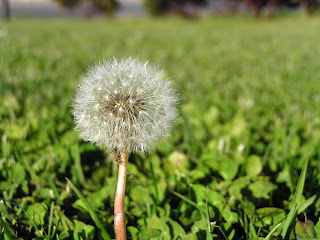 I can't get enough of my time OFFLINE.  I've read a book, which never happens, and bought another one.  I got it today and I'm 1/3 of the way through it.  Amazing stuff going on here.  LOL

I can tell you, however, that there is one thing about being offline that I could do without.  Phone calls.  It's not to say I hate human contact...I don't.  (Well, not entirely.)  I hate hearing the voice of a "friend" when they are yelling at their children.  Or when they are telling me about how they spanked/slapped/screamed at their child for one thing or another.  It hurts my heart.  And really, what they're doing is very sadly LEGAL.  If I was to hear something that was what would be considered abuse, I'd be the first one on the phone with CAS (Children's Aid Society), but if they're doing more than they say...they're keeping it to themselves.

I want to just say quickly that I do see what they're doing as abusive, but it is not what the law here considers abuse.  Do I think that needs to change?  Yes.  Yes I do.

You might wonder why I talk to those people...the ones screaming at their kids, and who proudly announce that they have spanked their child (or will be in the near future).  It's because every personal friend (or "friend") of mine know that this is my blog.  And they follow it.  And so I hope that they'll find a better way through me...through seeing that their children act the same way mine do.  Clearly hitting theirs hasn't changed anything.  It's what makes me wonder how people can condone it.  Perhaps if it worked...maybe they could somehow justify it with logic.  But it just DOESN'T.  It doesn't work.  Children still act up.  They still have screaming fits when they can't have ice cream instead of supper.  Just like mine do.  But the difference is that mine aren't being hit.  And MY choice of teaching involves time-ins.  When the lesson is taught, we move on.  No feelings of being un-loved unless they comply to "my way".  They just learn what it is that is expected of them in the future, to hopefully AVOID the same scenario playing out again.

I've also started making a point of teaching my children that there is more to a mistake than saying that they're sorry.  There's more to it than doing better next time.  There's an opportunity THIS TIME to make things right.  Yes, mistakes are made.  Bad choices are made.  And inexperience plays a key role in that, I'm sure.  And you know, no one is perfect.  If I can't be perfect myself, there's no way I can expect them to be...especially at 3 years old.  (And the idea of that would be INSANE.  Just sayin'.)
But, I'm not going to raise children who make a mistake and then stand around saying "Oh dear.  How terrible.  Next time I'll do better.  La dee dah..."
No no.  I'm going to raise children who say, "Oh dear.  How terrible.  I made a mistake, and now I need to figure out what I can do to make things right.  Next time I'll do things differently so this doesn't happen again."

Accountability.  The world is low on it.  It's the same reason that parents can strike their toddler and say the child had it coming to them.  Because they are not accountable for their OWN actions.  We are the only ones in control of how we react in any given situation.  We make choices everyday.  Some good.  Some not so good.  And some...some are freakin' terrible.  But we THEN have the choice to then make things right.  Fix the mistakes we made RIGHT AWAY.  Parents that are angry make the choice to allow themselves to cross that line and put their hands on their children.  It's a line they wouldn't dare cross with another adult, but because the child is smaller than they are, they feel like they can get away with it.  Well, mistakes are made.  I'm not going to grab a cross and some nails here, but I am going to say that bad behavior (from parents) can be changed, and it can be fixed.  We ALL have the ability to make things right, and to make different (better) choices in the future.  We ALL have to be accountable for our own actions, and by doing that...we teach our little ones to do the same.  They are the mirror image of us.  Lets not make that reflection one we wish we could change once they're adults and it's too late.

For example, when my son says he's a "big boy", and pours his own milk (which then spills over onto the floor), I help him clean it up.  But I'm not cleaning it up FOR him.  I'm cleaning it up WITH him.  I'm not angry that he spilled milk (we can buy more), or that a mess was made because he thinks that he IS "big"...I'm proud of him.  But, when a choice is made that turns out in a less than positive way, I want him to know that it's his responsibility to do what he can to make things right.  And I'll be right there, right beside him, helping him.  Because that's my job.  My job is to help him...not do it FOR him. 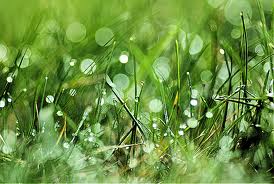 Also, in the time I've been offline, I've had the moment that I wish I could just stop time.  Stop it completely for about a year.  I want to enjoy MORE of the children at this age.  They are growing up too fast, and it makes me weepy.  The baby talks, the twins are so independent...And it brings to mind a saying I read about how a good mom works herself out of a job.  We teach them to live their lives without us, if we're doing it right.  And it makes me sad.  It makes me sad that when I teach them things, it's one less thing they need me to do for them.  One less thing they need me for.......one more step away from me.
The only thing that keeps me moving forward is the look of pride on their faces when they do things for themselves.  And my son in particular is proud of "getting big".  He talks about it all the time...he talks about when he's big he's going to be a fireman and save people with his fire hose.  And I know logically that his fireman days are about 15 years away, but the mom inside of me wants to cry.  Why can't they just stay little??

Anyway, as you can see this is just a post about nothing, really.  I know after all this time people might expect something more, so I'm sorry if it disappoints.  Next post will be about a conversation I have had with a man on the phone that stuck with me...and it has profoundly changed my choice of words when I speak to the children.  He opened my eyes to something I never really thought about before, and the change I've seen in the children...amazing stuff.  : )