Trying To Be More Understanding 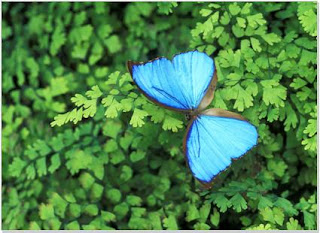 Lately I've found that the people I talk to about circumcision that are "all for it", generally have boys who have been cut. Most of them need only a little bit of compassion and understanding to come clean and admit that they did what they thought was best at the time. They did what their Dr. told them was "healthier", or "cleaner", and they were lied to about the "medical benefits" of having their sons circumcised.

I recently had the opportunity to chat with a woman online who was known as a "troll", someone who would always start shit as soon as someone would post any info on circumcision. After reading her posts, I saw that she said that reading the other member's posts made her "feel judged". That was my "in".
I used words that I would want to hear if that had been ME who was being spoken to. I knew she already felt judged, and know all too well that when someone feels that way, they are almost impossible to get through to. People put up walls when they feel they have to defend themselves. And that's not what I wanted. ( I used "we" instead of "you", so she felt that we had a comradery, and that I wasn't just adding to the verbal beating she was getting from everyone else. There's nothing worse than feeling alone and ganged up on.)
I had no intention of making her feel worse than she already did, and I knew she felt bad by her choice of words. She kept trying to justify her choice to have her son circumcised, but when she said she felt "judged", I knew there was more to it. It was deeper than feeling outnumbered.
I told her the truth. I told her that "we are often given mis-information, or outright lied to by our Dr.s, family, friends...And no mother intentionally hurts their child. When we're told that what we're doing will be what's best for our child, we do it. No questions asked. Because that is what a good mom does. We put our children's best interests above everything else...even if it goes against every instinct we have. Because when it's our first child, what do we know? We know what we've been told. And we have always been told that our Dr. is ALWAYS looking out for our well-being. We would never doubt the person who got us through our pregnancy and gave us the precious gift laying on our chest."
I told her that she did what she thought was best given the information she was provided. I told her that she's a good mom for trying to put her baby first. And I told her that I hope that she could see past her own pride and take in the information that I was giving her. I told her that there isn't even one Health Organization in the world that recommends routine infant circumcisions. I told her that there are no medical benefits to it, and that it removes the right of our children to choose for themselves how they want their own genitals to look. I told her that she has been given an opportunity to research further, to learn more. And that even though she did something in the past, it doesn't mean she needs to do it in the future. Because when we know better, we do better.

She thanked me several times and told me that she had teared up reading my comment to her. I think she finally felt like someone was talking to her like a person. A real person. Because in the end, we are ALL real people sitting behind the screens of our computers. We all have real feelings, and we all love our children more than life itself. And when someone actually made her feel like her feelings mattered, she let down that guard. She allowed some information to seep in.

I don't know what the future holds for her, or for any other sons she may have in the future. But I hope that her experience talking with me will show her that not everyone is an extremist. Not everyone wants to burn her at the stake for making a bad judgement call. Some of us have hope that even when someone has allowed their first son to be circumcised, with the right information and a little compassion, they might choose not to do it again in the future.

I learned a lot that day about kindness. I will always "tell it like it is", but I'm going to try to remember that these people ARE people...and that what I accomplished by talking to someone with good intentions and compassion, was much more than has ever been accomplished by shouting "you're a bad mom! you mutilated your son!" (Not that I've ever yelled that, but I've seen posts by other "intactivists" that are along those lines!)
Just a little reminder that what we say, how we present ourselves, and the way we treat others, will directly influence how people see ALL of us. It's human nature to group people together. So lets be grouped together as peaceful and understanding.
Posted by ChewyMomma at 11:01 AM