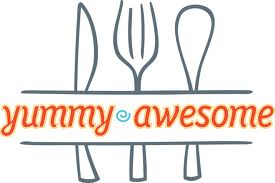 So this is just a quickie post about the food I have made since I stopped eating meat.*


*I do, actually, still eat fish.  So maybe I'm not a "vegetarian" in that traditional sense, but I don't care much for labels anyway.  And on "Ask Dr.Sears.Com" I found this;"Pesco-vegetarians eat fish, dairy products, and eggs along with plant foods. (We believe this is the healthiest diet for most people)."
Anyway, this isn't a post about what I eat, or why I eat it.  That'll be the next one.  This is just recipes.  If you don't like fish, don't eat it.

Bake at 350 degrees for about 1 hour, or until eggplant is soft.


1 can red kidney beans
1 can chick peas
1 can 5-blend beans
1 can brown beans in tomato sauce (no pork!)
1/2 red pepper and 1/2 an onion cut up and sauteed (so good this way!)
1 can black beans
1 cup carrots, julienne
1/2 cup lima beans
1 cup corn
1 can 3-cheese spaghetti sauce  (*you can make this vegan by using Original sauce.)
1 pkg. Chili seasoning

Throw it all in a pot, stir, and add 1 pkg. of Chili seasoning.
Cook until everything is soft.  (About an hour or so.)
Serve on a bed of rice.

Cook it all in about 6 cups of water until it's soft, and when it's done, stick it in a blender until it's creamy. Use the water you cooked it in to get it to the consistency you want. (You'll have to dump what's blended into a big bowl as you go along...it makes a lot.)

(If you don't like turnip, don't use it...it's a really strong taste.)

This one is super easy, and can be altered to your own tastes.

I started with the pepper going onto the skewer, because it holds more firmly than any of the other items.
I put it no particular order, but ended with a pepper as well, to hold everything on the stick.

**FTR, I hated the smoked tofu.  It tasted like eating a chunk of pork, and that's not my cup of tea.  I have never liked pork, and the smoked flavor was a little overwhelming for me.  My meat-eating husband LOVED it, though.
The "beefless tips" were excellent.**